Home
Stamp
Different Types of Stamp – Based on USE

The desire to collect things is part of human nature. If you are interested in starting a stamp collection, you are not alone! About twenty years after the introduction of the first postage stamp (known as “Penny Black”), the first significant group of stamp collectors emerged. In 1860, thousands of people around the world called themselves “stamp dealers” and started to open a store.

Most people attribute John Edward Gray (who was a British zoologist) the first stamp collector. Gray saw a potentially profitable investment when the first Penny Black stamps were released in 1840. He bought several of them the day they were first released, saved them and his actions earned him the title of the world’s first stamp collector.

While it may seem a little unlikely that the stamp collection will grow during the era of modern technology, this is exactly what we have been experiencing. Despite people becoming more dependent on digital technology (especially for communication purposes), the stamp collection has experienced consistent growth. Considering that many people wonder how long “traditional mail” will continue to exist, it is much more impressive.

So why are stamps still so popular today? One theory is that people are starting to tire of technology. When this happens, they quickly gravitate towards more “simple” activities. Let’s face it. It is inevitable that people will be a little tired and exhausted by the digital overload. That’s why so many non-technical hobbies seem to be resurging in popularity recently. Stamp collecting is such a welcome break that even the youngest generations are taking notice.

We can especially thank the Baby Boomer generation (individuals born between 1946 and 1964) for the resurgence of the stamp collection. Although many stamp collections may have spent a few years in the attic without supervision, they have never been forgotten. Now that so many Baby Boomers are “empty nesters”, they are rediscovering their old and nostalgic stamp collections and getting back to the hobby.

Technology and seals have a give and take relationship. While technology may be one of the main catalysts for the decline in general use, these same advances have also brought the world much closer together. Because of this, we have seen an increase in stamp collectors in countries like China and India. All over the world, more and more people are becoming interested in the stamp collection.

In 1847, the first seal issued by the United States was launched. Since then, a multitude of different types of stamps have been issued and sold in America. The oldest type of seal, dubbed the “workhorse” of the seals, is the definitive seal. A permanent seal is a regular issue seal and is used for daily shipping. We have seen definitive labels featuring a bunch of different denominations over the years.

If you are thinking of collecting definitive stamps, you will undoubtedly have many to choose from. Definitive stamps can be used for long periods, and as a result, the most popular ones can end up being reprinted. From there, you can begin to discover the differences between the original prints and reprints. For example, the design may look different (because several variations on the printing plates are used), the colors can be changed, the watermarks can vary, and you will also notice differences in the perforation and gum.

For a long time, permanent stamps were all that the US Post Office offered. However, in 1893, they came up with a new stamp concept, now known as a commemorative stamp. The first commemorative stamp in the United States was made to commemorate the World Exhibition in Colombia. The stamps were launched as a series of sixteen stamps showing different stages of Columbus’ explorations.

Due to their limited nature, many stamp collectors like to collect commemorative stamps. They are less likely to be relaunched and are only made for a limited time (perfect storm for collectors). Commemorative stamps almost always guarantee a return on your investment, as long as you store them correctly over time.

Semi-party stamps are stamps that have an extra surcharge to raise money for a cause. The first Semi-Postal stamp was launched in 1997 to finance breast cancer research, known as the Breast Cancer Semi-Postal. The next semi-postal stamp was issued in 2002 and became known as the 9/11 Heroes Semi-Postal. This seal was used to raise funds for the families of emergency workers who were killed (or disabled) during the September 11, 2001 attacks.

Since semi-party stamps are not released often, they can also be useful to add to any stamp collection. Like commemorative stamps, they almost always guarantee a return on your investment, as they are printed in limited runs.

The airmail service started in the United States in 1918 and, as a result, a new stamp was needed. The first airmail stamp in America was the 24-cent Curtiss Jenny, which is also widely known for its famous inverted error. Airmail is much more common today, but we still see the use of airmail stamps for international mail. Airmail stamps have a Scott number that begins with “C”.

In 1878, the first unsuccessful postage stamp was created to indicate a value due to the Post Office (when there is not enough postage in a shipment). These stamps are simple, functional and usually only inform the postage to be paid. Your Scott number starts with a “J.”

The special delivery service started in 1885. These stamps show that an extra fee was paid for the immediate delivery of the item. They always have a Scott number that starts with an “E”.

In 1912, the postal service created stamps so that people could pay in advance for postage on their parcels. At that time, twelve postage stamps were released, and each had a different denomination (but they all had the same general appearance and color). As you can imagine, this made it extremely difficult to tell the difference between a penny and a dollar stamp at first glance. It is not the best idea.

In 1913, postal parcel stamps became obsolete as the Post Office began to allow people to pay for postal parcels with any stamp. As such, postage stamps for original orders are a collector’s item on the rise, and there are very few of them. Unless you plan to hunt some very, very old stamps (and pay good money), it is a challenge to collect this type of stamp.

The last type of US seal is the Revenue Seal. Revenue stamps are used to collect taxes or fees. The most popular types of Recipe Stamps that we see are hunting stamps for migratory birds or duck hunting. These stamps are issued every year.

If you are just starting to get acquainted with the stamp collection, I hope this article has been helpful. Knowing what’s out there can work wonders when it comes to stamp collection … especially when choosing a niche. That said, you certainly don’t need to limit yourself to just one or two of those categories. There is a whole world of stamps out there, so go out there and start collecting! 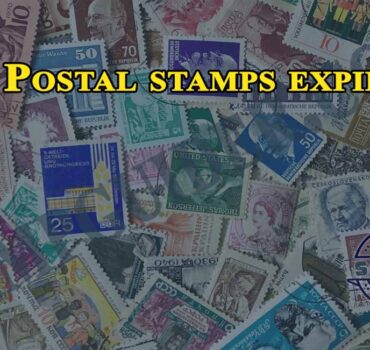 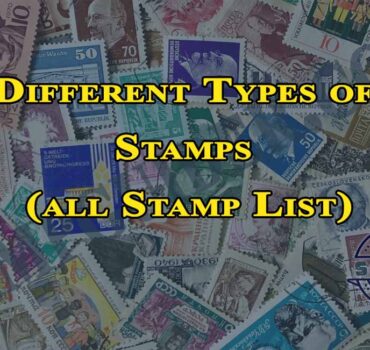